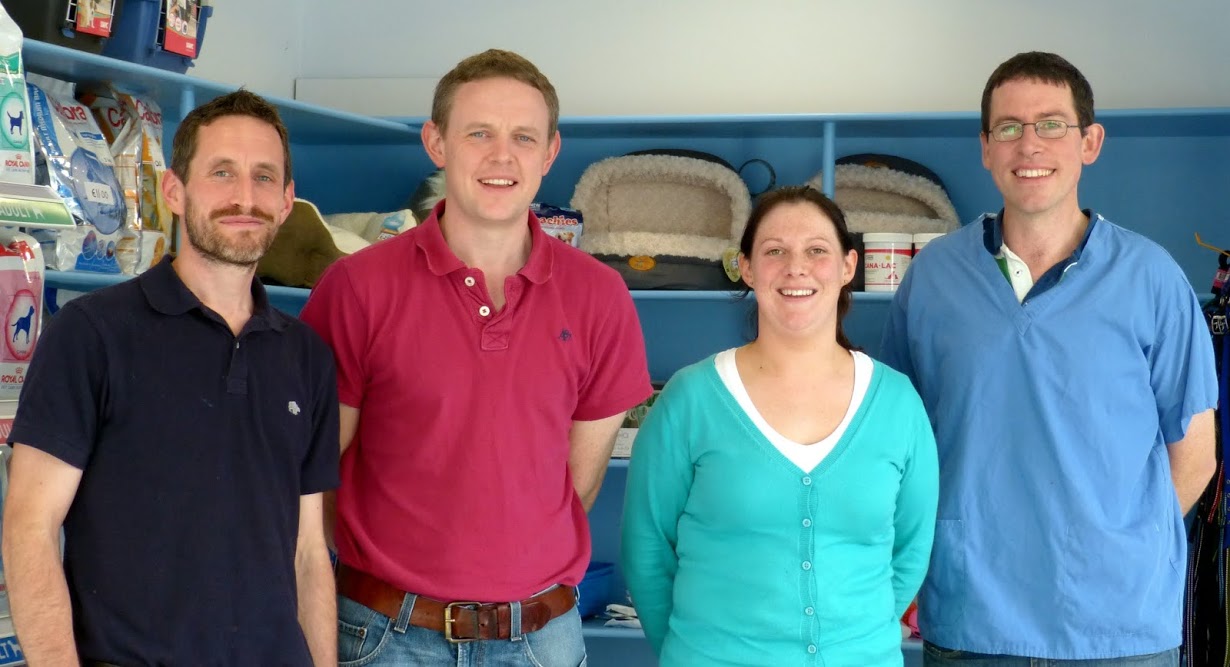 Pat Bourke, owner of Coolcower Veterinary Clinic, studied Veterinary Medicine in University College Dublin where he graduated in 1998 with an honours degree. He initially worked as an assistant to Conor Goold before he took over the Large Animal side of the practice in 2005. He has a keen interest in all aspects of Veterinary Medicine. In his spare time he enjoys sheep farming and looking after the family pets; Millie, Furball, and Smokey, who were rescued through the practice one christmas morning!
Brendan Murphy is from a dairy farm in Aghabullogue. He graduated from University College Dublin with an honours degree in 2002. He spent time in mixed practice and small animal practice in the UK before returning to Macroom in 2011. He has a particular interest in Companion Animals, in both medicine and soft tissue surgery. He lives just outside Macroom with family and two cats.
Michael Kelleher is from a dairy farm in Kilmurry. He qualified from University College Dublin in 2005 and worked for 7 years in mixed practice in New Ross, Wexford before returning to Macroom in 2012. Married to Susan, Michael spends his spare time playing football and helping out on the home farm. His special interests include Bovine surgery and Small Animal emergency surgery.
Caitriona O'Leary is from a farming background in Kilnamartyra and joined the practice in 2000 while attending St Johns Central College. She has a keen interest in both large and small animal care and has her own energetic collie named Ben. Caitriona is our full time receptionist, organising the daily running of the practice.